In 1915, 6 years before OHYAMA was founded, “Hechima Cologne” had launched as the original natural skincare product. It evolved from beauty water of folklore, Hechima (loofah) water.

When the end of the Meiji era, it became urban culture blooming and women’s consciouness was changed.

It is the days of awake to the better life and consumption civilization, “Hechima Cologne” had lauched by “Amano Genshichi Shouten” in the background of such a period.

With the overwhelming support of women to lead the Taisho culture, “Hechima Cologne” became the top seller in skin lotion category soon.

In addition to the appeal of the actual product, they selected innovative media strategy such as advertisement shown in Talking Picture theaters, and using illustration drawn by “Takehisa Yumeji”.

So the activity Itself was one of the brilliant Taisho-era culture.

In the Showa-era (1926-), “Amano Genshichi Shouten” reduced their business due to the start of Pacific War and they were disbanded in 1952.

But in the following year their business restarted as “Hechima Cologne Co.,Ltd.” From this point on and even today, OHYAMA have been the official dealer and is responsible distribution nationwide.

In the 1980s, demand for “Hechima Cologne” increased rapidly with a boom in natural cosmetics, they started high volume production and nationwide advertisement.

From grandmother to mother, and mother to daughter.

“Hechima Cologne” has been recognized as a representative of the long-time seller cosmetics that will take over the gene of beauty.

Not only that, it got the overwhelming support of women with rich sensibility and lifestyle of her own again.

In addition, the series is expanding with big bottle skin lotion, mini set easy to carry, spray lotion easy to use and so on. In 2010, “Adzuki® Face Washes” are added to its lineup.

“Hechima Cologne” is a most precious brand for us and it will not change in the future.

Now, Hechima (loofah) garden of “Hechima Cologne” is located at the foot of the Mt. Aso, filled with abundant water.

The loofah vines are carefully cultivated without agricultural chemicals and organic fertilizers using a unique method of crawling on the ground.

Hechima has been grown up given a lot of sunshine and natural mineral water and organic fertilizer, of course no agricultural chemicals.

From the stem of carefully nurtured hechimas, hechima water called “duct liquid” is taken out by the patented “cold water sampling method”.

Such a mysterious water born through an infinite number of cells in the stem of hechima is extracted with gentle and hygienic process permitted only Hechima Cologne Co., Ltd.

“Hot voices” from the nationwide users. It is just the added value that Hechima Cologne have built for a long time.

We will introduce some of them below. 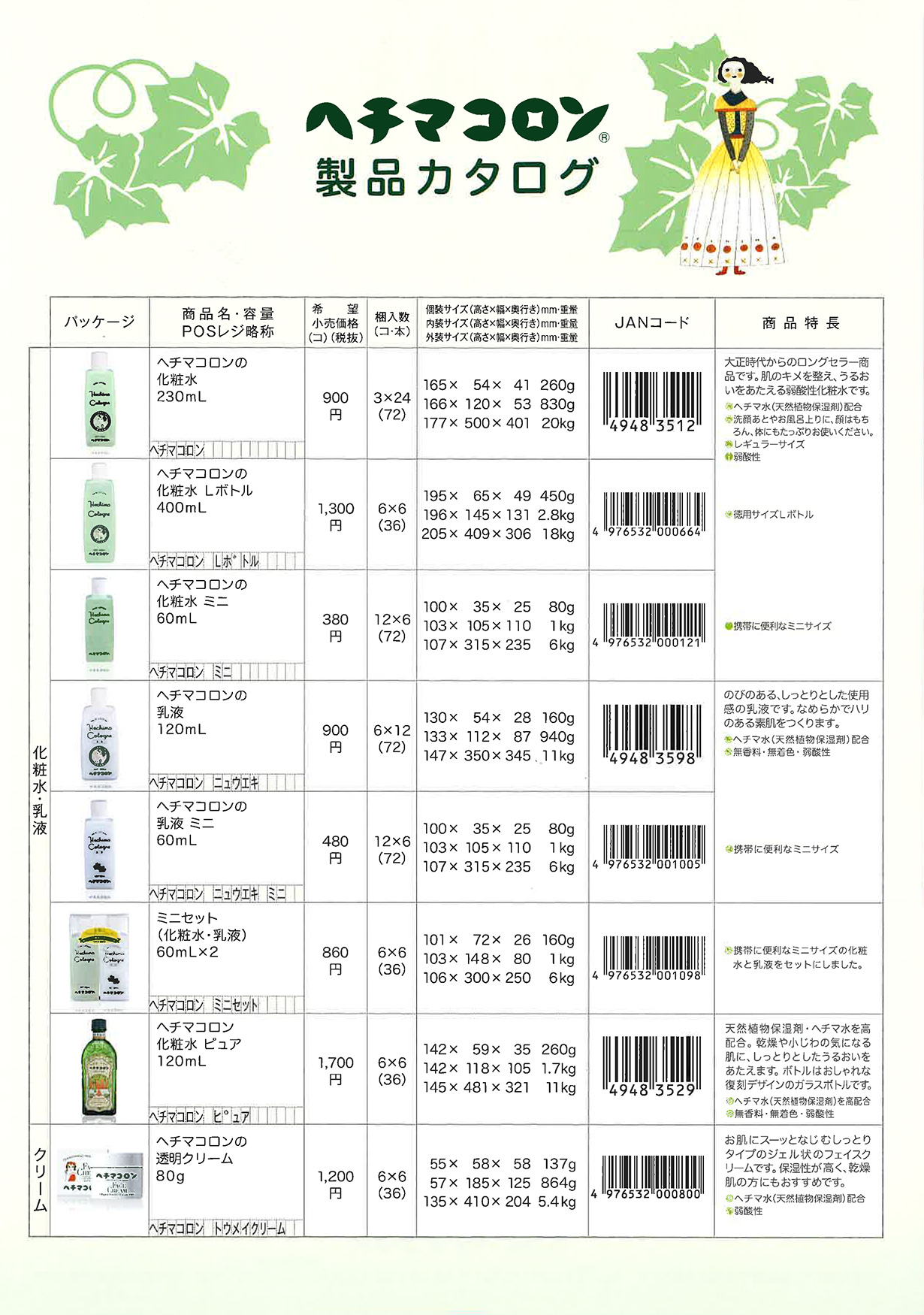 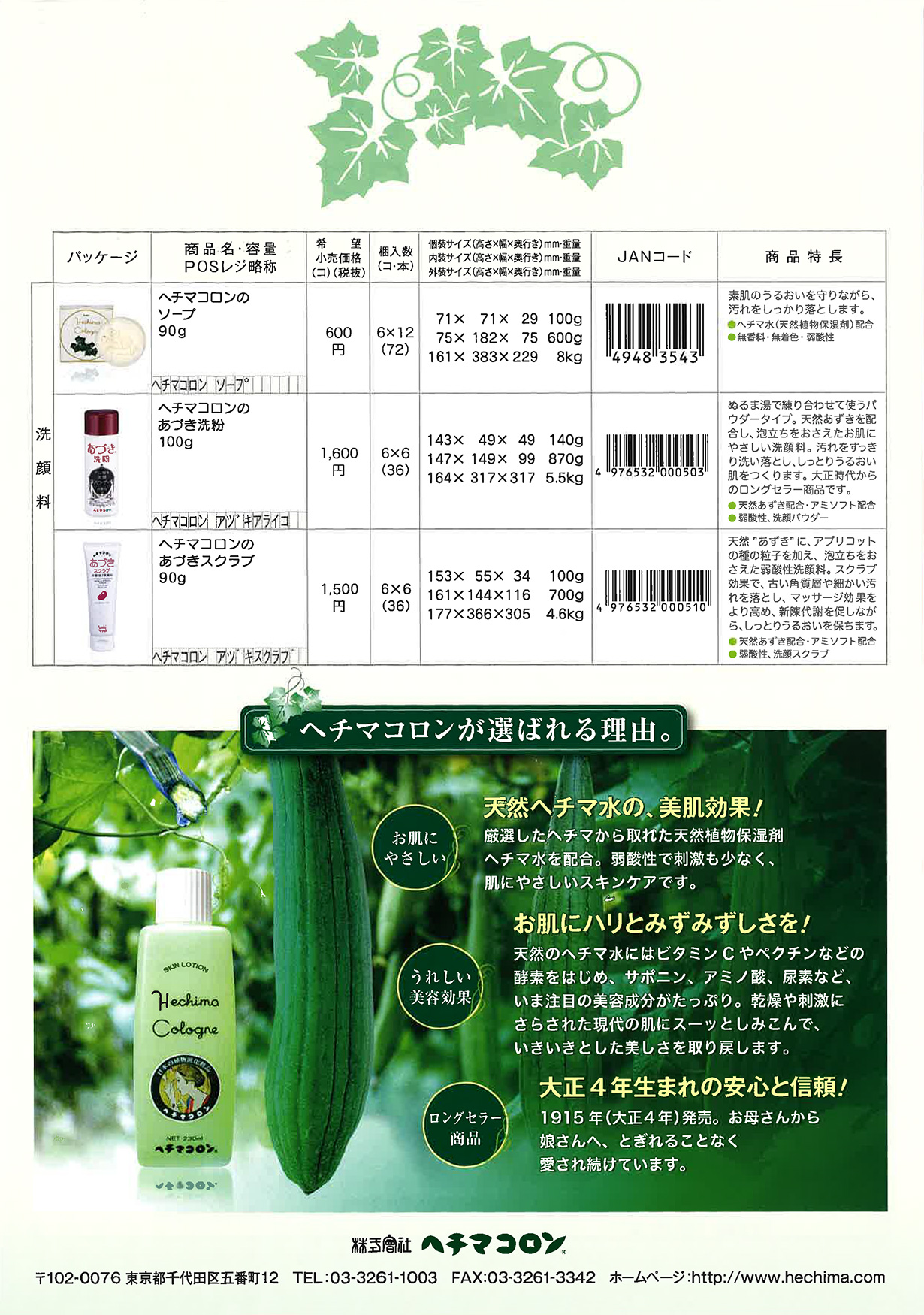 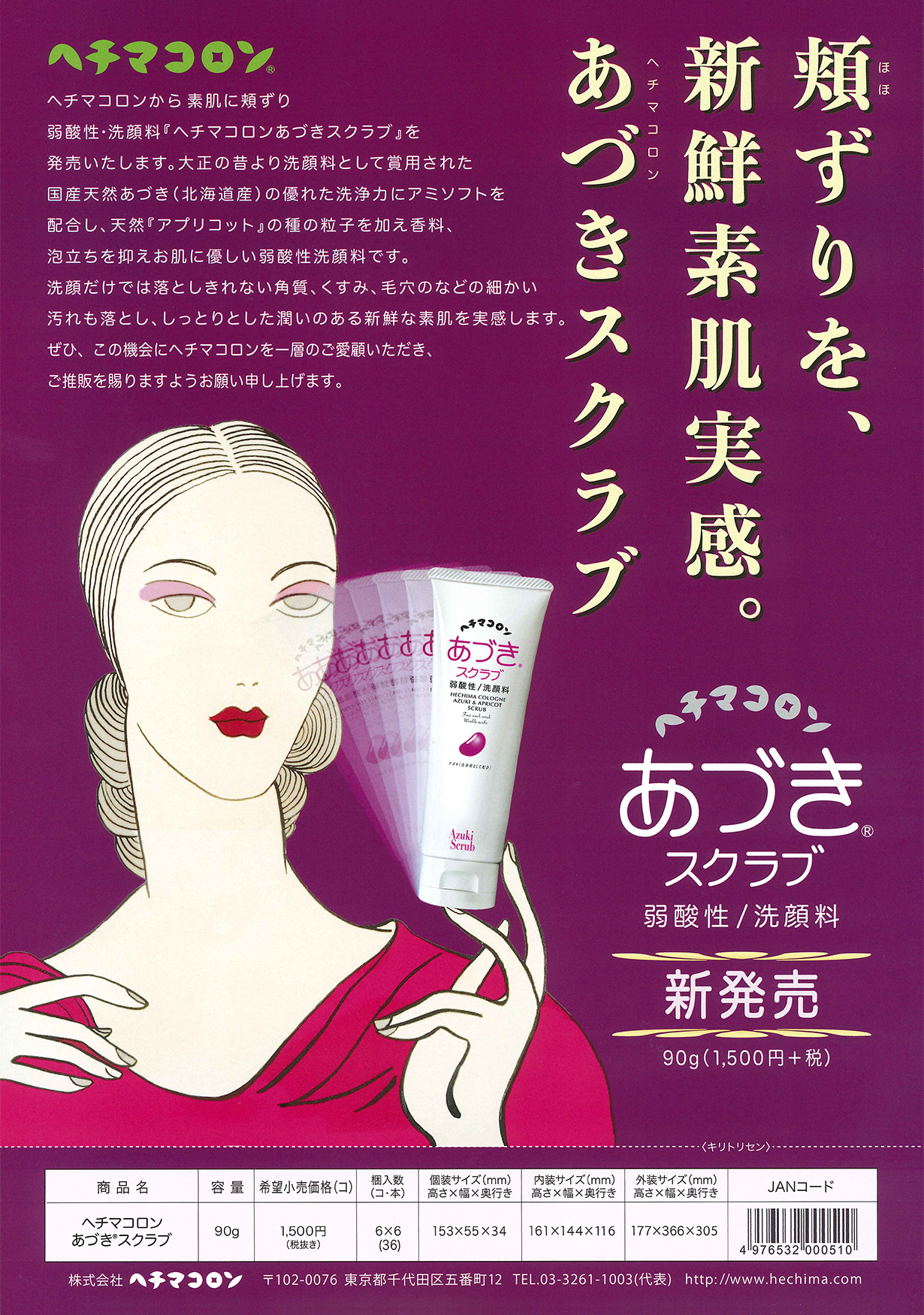